Okay, so it's been a couple of weeks, but it doesn't mean that I haven't been learning anything new.....
#1 Great Moms think alike
Hubby celebrated a birthday earlier this month and the morning of (very early - like 6:30am) he received a phone call from my Mom. She was up this early as she was on the way to the hospital to have surgery, but wanted to be sure she got to wish him a happy birthday. No sooner did he hang up with her and his own Mom called. She and his father were on a cruise ship and they had just arrived back in port, so she was also calling to wish him a happy birthday. Two mothers, both at opposite ends of the spectrum on that particular day (I know my Mom wished to be on a cruise ship rather than heading into a surgery), but both of them being a "Mom" in their need to wish someone a happy birthday. Aren't Mom's the best??? 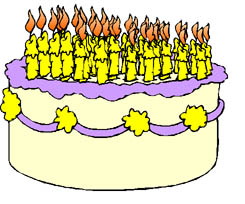 #2 -  Guardian Angels come in all shapes and sizes
On a recent Saturday, I was reading a post from my Sara Ban Breathnach book Simple Abundance , regarding Guardian angels and how anyone you meet could be an angel. They could have a message for you and you just need to be open to listening. Later that day Hubby and I had a long talk about some decisions for our life and our future; things that we were concerned may not be the correct decisions. We went out to dinner that night and continued our talk. On the way home we decided on the spur of the moment to stop in at a new bar/performance venue that his cousin was working at. As we sat at the bar having a drink, a young man came and sat next to us. Hubby commented on his drink and before I knew it, he and hubby were deep in conversation. After about fifteen minutes of talking, we discovered that he was the lead singer of the band who would be performing that night. He began telling Hubby about how he got into performing, how much he loves it and how he is doing what he loves. He talked about making decisions in your life that are right for you, and how you have to do what's best for you and you alone. As he spoke it was literally as though he was repeating everything that we had said earlier that day; all of our thoughts and ideas coming back to us. At one point he excused himself to check on something for the show and Hubby turned to me with a look of amazement.
"Did you hear what he was saying??"
It seemed as though he was reaffirming that everything we were thinking was correct. It was as though someone was sending us a sign. I told him about the Guardian Angel idea and how sometimes you just need to be open to what a stranger has to say. He returned a moment later to say goodbye as he needed to go get ready for the show. He told us how nice it was to have met us and how he enjoyed our talk and then headed off. Hubby and I decided to stick around and check out their show. Their music was fun and they were a very talented group. As we stood watching them, he reached to the side of the stage to take a long swig from his beer. Hubby extended his hand and said "Wow, that's my Guardian Angel." Then we laughed hysterically.What? You thought all angels wore white and had halos?? Oh, and I did I mention he and Hubby share the same first name? Who says God doesn't have a sense of humor? 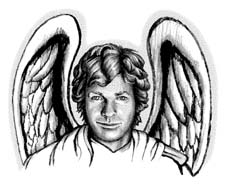 #3 Sometimes a nap really is the only thing to keep away crabby Adrienne
I used to take naps. Long ago, in a far away place called, twentysomething/immature/non-homeowner land, weekends involved something called a nap. Naps were energizing, decadent and they made Adrienne a very happy girl. Somewhere along the way a thing called "adulthood" took over. This thing called adulthood said "Hey, you're an adult now and when you're an adult (especially one who owns a home), you have lots to do. Especially on a Saturday afternoon. You need to clean, wash, fix, put together, something. When you're done with that, you should buy some groceries, cook something, put together lunches for the coming week, pay bills, blah, blah, blah...." Until we looked in the mirror and adulthood said "Jeez you look a little....well....dare we say crabby? When's the last time you took a nap?" Whereby we strangled adulthood and fell onto the couch for a 3 (yes that's right 3) hour long nap. It was blissful, heavenly and sent crabby, immature Adrienne away...... at least for now. 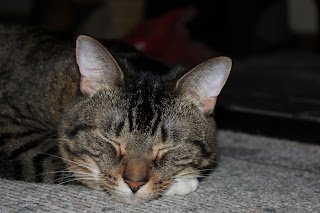 So that's it for this week. How about you? Did your Mom do something amazing? Did you meet an Angel and not even realize it? Did you take a long overdue nap?

The Greed, I mean, Grinch Who Stole Christmas

Christmas - There is a reason for the season, but an Xbox-Kinect isn't it.
Tell that to the people haggling over parking spots at the mall and the last "It" toy on the shelves.
Christmas is one of my favorite times of the year, but there are times when the commercialism and greed threatens to override the good for me. I'll be the first to admit that I'm sucked in by the ads and commercials that come out around the same time as the Halloween candy. You start thinking that you need to buy a gift for everyone you know. The list gets longer and longer and there's a level of spending that just becomes expected, year after year. If you don't put yourself into debt for a couple of months....well....there's just something wrong with you.
So this year Hubby and I decided to do something a little different. Wanting to try and find a way to hold onto some of the true spirit of the season, we agreed to cut back on the spending for each other and family this year. Everyone agreed that there is nothing that any of us truly "needs". How many sweaters and gift cards can you really use? We're lucky enough to both have jobs, a home, and three square meals a day. This apparently makes us among the minority in this country, which is very sad. We decided to make purchases this year for people who really need/deserve them.
I have to say that these small gifts have given more back to me than I had expected. They've actually made me enjoy Christmas more - the stress level of getting the perfect gift or spending too much just isn't there. More than anything it's helped me remember the reason for the season......I think we've found a new tradition.
What are you doing to keep the true spirit of the Season?