The eye is the window of the human body through which it feels its way and enjoys the beauty of the world.
~ Leonardo Da Vinci

It's been awhile now since I've written anything. I haven't had the ability to concentrate on anything more than getting through each day for the past week or so. Yesterday I had minor eye surgery (somewhat of an oxymoron if you ask me.) I'd had a consultation this summer for laser eye surgery to see if I could finally do away with contacts and glasses. I'd developed an allergy to my contacts and glasses were just an annoyance.

It's amazing how quickly your perspective can change.
During the consultation and subsequent follow up appointments, it was determined that not only did I not qualify for laser eye surgery, I also had a condition in one eye, that was causing my cornea to deteriorate. Left untreated, over time there was a possibility of one day needing a corneal transplant. Let's not even go into the complications and implications of that scenario. I was lucky that the practice I went to are leaders in the field of laser eye surgery, as well as specializing in many other eye conditions. It was recommended that I have a procedure done that would help to stabilize the cornea and hopefully, help to keep the condition from deteriorating any further. The doctor commented yesterday that he was extremely optimistic about my procedure, as the cornea is usually in far worse shape by the time someone has this procedure. In essence, my consultation for laser eye surgery is what brought the condition to light. A regular eye doctor doesn't do the kind of testing that would show this. My understanding is that the condition would have become much worse before they would have seen anything.
The procedure itself was no more than 20 minutes and I was awake the entire time. Let me say right now that the doctors were wonderful, the procedure was painless and my recovery thus far has been amazing. Some swelling, dryness and irritation from the one stitch (that's right 1 - isn't science amazing??) However, despite all of this, I will admit that the days leading up to, and the 20 minutes of the procedure, we're mildly terrifying. I mean, it's your EYE - right?? No matter how many surgeries they have done, no matter how well trained they are, there is always something that could go wrong. I went from being annoyed at having to wear glasses to praying that glasses would be the worst outcome.     We can take so many things for granted in our life and complain about daily annoyances, but there are so many things that could be taken away, literally in the blink of any eye. To say this has given me pause, is an understatement. I can't say that I will never again complain, or take something for granted, but for now I'm going to reflect on all of the wonderful things that I am able to see.... :) 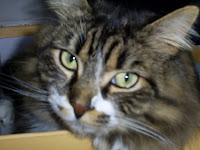 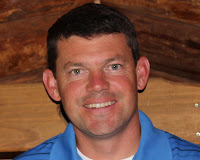 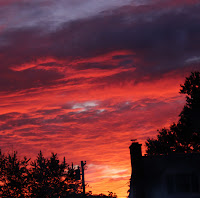