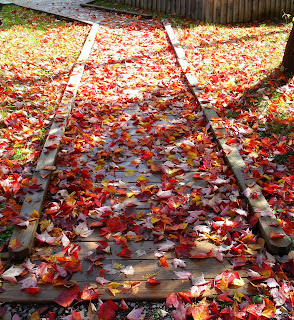 Two roads diverged in a wood, and I, I took the one less traveled by,
~ Robert Frost


Eight years ago, I chose to take a road that some considered the wrong one. I gave up a good job, with the promise of advancement and left the city I lived in, because in my heart something was missing.

Instead, I took a lesser paying job, with no place to live, back in my adopted hometown. This was where I had gone to college and made some amazing friends and memories. My friend and her husband took pity on me and took me into their home until I could get on my feet and find a place of my own.

So, while living with them and struggling to make it in the new job, I took another new path. I said yes when my friend wanted to set me up on a blind date. Before I moved, I would pray to meet someone, because maybe that would make me happier with my job and where I was living. But with each one that I met, I felt worse instead of better. In my heart I knew they were not who I was looking for. So why at a time in my life when everything couldn't be any more hectic, did I say yes to this? When I was so unprepared to take on one more new thing, what made me say, "this sounds like a good idea." Maybe because when my friend said, "I think I've found someone for you," something felt right. Okay, it took a little more pushing on her part, but the point is, I said yes.

So I took the path to that blind date, with all the other things in my life that were up in the air, not to mention a horrible cold; but intuition knows better sometimes. And as we talked and talked, I thought to myself, "Oh yes, I know you. You're the one I've been asking for. I just had no idea where to find you." But in a way I had known. I had just needed to recognize what my intuition had been trying to tell me, when it was pushing me toward home. My prayers had been answered all along, but it just wasn't the answer I had wanted to hear, at the time. Unanswered prayers are sometimes exactly what we need.

One year and one month after that first date, I took a walk down another unexpected path. It was risky, scary, thrilling and the best path I have ever chosen.

Two roads diverged in a wood, and I,
I took the one less traveled by,
And that has made all the difference....... 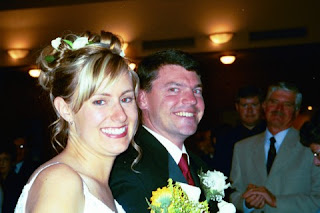