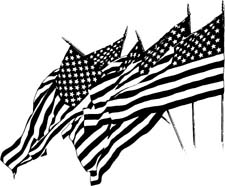 
It just didn't seem right. The color of the sky should have been ominous and gray, not blue and certainly not without a single cloud. It's the thing I remember most about that day.....it was a shade of blue I hadn't previously seen and don't think I will again. It was so clear, nothing to detract from that blue and the beauty of the morning. The tragedy of it is, that I will never again view a blue sky without thinking of that morning.

I was living in Albany NY on that day, working as an office manager for my Aunt's business in a women's health clinic. We shared the space with a few other medical services and we were a close knit group. Patty and Tina greeted me with our usual morning catch up before heading in with their first client's, as the day ahead was scheduled to be a busy one. Cathy, the medical tech from the office next to us, shared with me her excitement of the day. Her middle school daughter, was on a school sponsored trip. She'd won an essay contest that allowed her to go with a group to NYC, where they were working/staying on a tall ship in the NY harbor. They had no way to communicate other than email, but she had received a message from one of the chaperones that morning, and her daughter was having a great time.

A short time later Patty came out with her first client and they were discussing something about a plane crash. "The Today show is reporting a small plane crashed into the World Trade Center," I believe is what she said. I remember thinking that it was odd on such a clear day for something like that to happen. The phone rang a few minutes later, as Patty's next client was calling to apologize for being late. "I'm sorry she said, I got so caught up in watching this plane crash story." I asked her what was going on and she was updating me when she let out a scream. "Oh my God! Oh my God. Another plane just hit!" I remember going ice cold at her words. I do not remember anything else from that conversation.

Chaos ensued in a matter of minutes within our little world. Patty's husband, who was a volunteer fireman called to say he and the entire department were heading to the city to try and help. My Uncle who worked with the Red Cross would also leave with a team to help out. Cathy dissolved into hysteria. The email she had received from the chaperones that morning had a picture attached to it. The picture was of the class, on the deck of the ship, smiling away......with the World Trade Center as their backdrop. Her husband arrived shortly after to drive her to the school so they could hopefully be given more information. We gathered in front of the 2 small televisions that we had in the office, watching all of it unfold in complete horror. Random moments that I remember from that day....friends and family calling each other to check in. Even though you knew they were nowhere near any of the sites, you still needed to be sure they were OK. Even between our office and our other locations, we kept calling to check in. The one patient who sat in our waiting room in the midst of all the chaos of that first hour, and read a People magazine, calmly flipping through the pages while Cathy broke down. When Patty came to take her for her treatment, she asked Patty how her day was going, like she was oblivious to anything going on. The calls on all the radio stations for blood drives that were springing up all over the city. There was such a hope at that time that there would be survivors who would need the blood and the slow realization after that none were coming.

The moment of the day when it all became almost too much to bear, was watching the towers fall. Patty, Tina and I stood in a treatment room, huddled around that tiny black and white TV and watched the absolute, unthinkable happen. Towers that enormous and that strong do not fall, they just do not....It just could not be possible and yet it could not have been more real. The remainder of the day is a blur, bad news compounded by more bad news, until a numbness of sorts took over. At the end of the day I sat in my apartment, unable to tear myself away from the TV. I had a futon in my living room that I made into my bed that night. For the next month I slept there, falling asleep every night, some times very late, to the sounds of the news coverage. I couldn't sleep and I couldn't turn the TV off. I was terrified that something else would happen while I was sleeping. I attended a memorial service at my church the night after the attacks, looking for some comfort and not wanting to be alone. We were handed votive candles as we entered the darkened church, and at the end of the mass we one by one placed them on the altar. I took solace in the light the candles radiated and the number of people there with me. It was small, but it was a start.

In the days that followed our conversations were animated, to the point of manic. We all had stories to share, things to say. One of the women in our office told of leaving her house before dawn on the 11th to take her son to an early morning practice. She recalled seeing an airliner flying very low over the area and finding it extremely strange. It was later learned that one of the airplanes had diverted from it's flight path, circling over Albany for a time. The airport had received numerous calls regarding the low flying plane. Another medical tech in the building was off on the 11th and had been out running errands with her infant daughter all morning. As most young mothers do, she had kept her entertained with a children's CD in the car, so had no knowledge of what was happening. The road that led to her home took her by an atomic energy lab where she was met at the street's entrance by a National Guardsman. She was asked for ID, where did she work, where was she coming from and where was she going. When she asked the man what was going on, he looked at her sadly and said "Maam you should go straight home, lock your doors and stay there." The terror that he must have felt in not knowing what was really going on and what other areas may be a target. A client told us an amazing story of not one but four people she knew who had been spared on that day. Her father, along with some other colleagues had been scheduled to attend a meeting in tower 1 that morning. As they made their way to the building someone wanted to stop for coffee, which made them run late. Had they gone directly to the building they would have been in a conference room on the floor where the plane hit. A good friend of hers was a flight attendant who worked for American Airlines out of Boston. She was scheduled to work one of the flights that morning, but had to call in sick when she woke with a stomach flu. And two good friends who worked in separate areas of the WTC ran into each other coming off the subway that morning. They talked of the uncommonly beautiful day and decided on the spur of the moment to play hooky and call into work. They would not have lived had they not done so. I try to keep these stories in mind on the days when something disrupts my schedule or I get stuck in construction the morning I run late for work. There is always a greater power at hand.......

In the following weeks our lives revolved around TV and the news coverage, especially of Ground Zero. Someone brought in a bigger TV and we moved it into one of the exercise rooms. We'd gather around it at lunch time, focused in on the rescue efforts. We cheered every time there was a rescue, became silent when they spoke of a recovery and held our breaths when warnings came of another building possibly collapsing. I remember watching as word came in the middle of a broadcast that everyone needed to be cleared of the area as another collapse was possible. We watched the rescuers and volunteers running with a sense of helplessness. After that moment the TV never went off and in fact was moved into the reception area. I remember vividly, a well intentioned patient telling us one day, that we needed to turn the TV off and get back to the real world, reality. I told her as politely as possible that this was the real world and our new reality. We had family members who were down there helping and until they were home safe and sound, the TV would not be going off.


I've read things this week saying we shouldn't watch TV on the 11th and should try to forget it and focus on something more positive. While I understand the thought behind it (somewhat), I respectfully disagree, just as I did with that patient 10 years ago.  I think more than ever we need to remember everything that happened on that day. Even more importantly the things that happened in the days that followed. How we all began to treat each other with a little more kindness, talked to our families and friends more, took a renewed sense of pride in what it means to be an American. We heard amazing love stories from people who lost their spouses. We heard of children left without parent's who they adored. I'll never forget the interview Matt Lauer did with a little boy who lost his father, a firefighter. Kevin was 10 years old and in the midst of the interview, he broke down, taking Matt right with him. I remember watching that interview and sobbing for the pain that child was going through. They replayed the interview this week and it seemed as though time had stood still and I was sobbing all over again. For a little while the priorities of the world had changed. Firefighters, policeman, military personnel, and a group of ordinary citizens from Flight 93, were treated as heroes. They were revered in the way that celebrities and athletes are. In fact rock stars lined up to be part of a tribute concert to them. We learned to not take one second of our lives for granted and to be thankful for what we have. I think that is a lesson worth being reminded of......


Thank you for letting me share my memories......I'd be honored to hear your memories and thoughts of that day.