My mother in law uttered those words to me on the phone one day.
I said "Hello" and she said "I ....am....Marie....Barone."
My mother in law (MIL) never watched "Everybody loves Raymond" during it's actual run on TV. She instead came across it in reruns, a full season in a couple of days, which is probably not the best way to view Marie Barone. All those obnoxious behaviors and the put downs cleverly aimed at her daughter in law. Once a week, pretty funny. A couple of episodes a day for a couple of weeks? A little too much Marie.
Let's get something straight. My MIL is NOT MARIE BARONE. If she was, I wouldn't be laughing and writing about this in a post. Instead I would probably be in therapy somewhere. That being said my MIL, after watching all these episodes featuring Marie at her finest, felt the need to call up and confess her similarity and apologize, a lot. It got so bad she would call up to tell us about the latest episode she watched and what horrible thing Marie had done. She was horrified by the behavior but at the same time, incredibly entertained by it. Once Hubby made the mistake of answering the phone and she immediately went into convulsions trying to tell the latest escapade. Hubby, not being aware so much of his Mom's new obsession with the show, didn't catch the beginning of her story. He was horrified at the story she told, especially when he believed it to be something his mother had done to his wife. He was about to go into heart attack mode when he finally got the real story.
All that being said (and again I LOVE my MIL) she's had her Marie like moments: 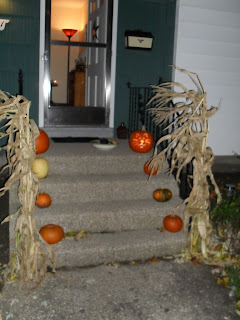 But for all of these things that she thinks make her Marie Barone, there are so many others that show she is not.

Oh, and just in case you think she's joking about the Marie Barone references......did I mention we live about 15 houses from his parents????

Email ThisBlogThis!Share to TwitterShare to FacebookShare to Pinterest
Labels: Family