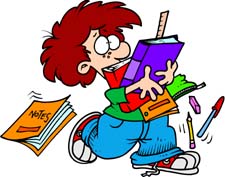 I procrastinate....always have and probably always will. I've found that I can deal with it in most areas of my life, but when it comes to writing, I'm having some issues with it. As I've stated before, until I'm lucky enough to call writing my full time job, I'm going to have to deal with snippets of time.
Unfortunately, when it comes to writing, snippets are tough to deal with. They're pressure filled minutes, in which I stare at the paper/screen and attempt to string together coherent thoughts. Writing under pressure does not equal quality work. Part of the issue comes from inspiration, as in being inspired to write at any given moment. There can be hundreds of times during the day when I'm struck with the inspiration to write, but not necessarily the time. So it probably makes sense that when you do have the time to to write, you don't always have the inspiration.
Maybe what I need is a ritual/process/lucky charm, that signals to my brain that it's time to write. Something that says, "It's Showtime! Let's put words to paper." Perhaps the spell ritual would trigger inspiration from within. An essay from Sarah Ban Breathnach's book Simple Abundance, called "Priming the Pump for Inspiration", speaks of this idea. Every time she sat down to write she went through the exact same steps. She chose the same pens, notebooks, location, and background music. She prepared a pot of tea and made sure to drink it from the same mug. She also would read something from her collection of books by women writers, prior to beginning to write. She felt that her brain recognized each of these things as a signal to begin writing and her mind would just take over from there.
Another famous author (whose name escapes me) is said to have ended each writing session in the middle of a sentence. This way he always knew exactly where to begin the next time, and already had something to work with. Even, Stephenie Meyer (author of the Twilight Series) credits the music of the band Muse (ironic no?) with being her inspiration during writing sessions, as well as helping her through times of writers block. 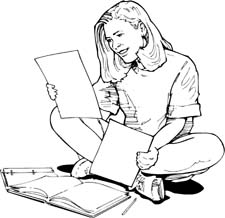 So maybe I need my own muse....all of my writers out there - any rituals you'd like to share? Do you have a lucky sweater you wear, food you eat, or music, that puts you into a writing state of mind?
~ Adrienne
Posted by Adrienne at 4:46 PM