During a recent trip to Target, I found myself in line behind a college student. He was from China and newly enrolled at UB (SUNY Buffalo). I overheard him telling the cashier that he was nervous about the news reports of possible snow in the next few days. (NOTE - For those of you not from the area, most of the time when there is a weather report predicting snow this early in the season, it means the Southtowns (areas at least 30 to 40 minutes away from where I live) will be getting the snow. The cashier and I knowingly smiled at each other, both aware that we were safe from said snow. The gentleman continued with his chatter as he unloaded his cart, explaining that he was stocking up on provisions should he become stuck in his home for a couple of days (again the chance of this is extremely rare.)
These were the "provisions" he was purchasing:
12 jars of spaghetti sauce
5 cans of New England clam chowder
2 cans of Hormel Chili
12 Pack of Mountain Dew
A snow shovel
I'm assuming the Mountain Dew was to keep him awake so he could shovel all that snow? And I did not have the heart to ask him if he had spaghetti at home to go with the 12 jars of sauce. I'm hoping he wasn't so frazzled by the impending snow that he had forgotten to throw some in his cart. Either way, clearly he was terrified at the thought of being outside his dorm room when the first snow flake fell, so he was doing all he could to prepare himself. That's really all you can do in life right? You make your preparations, do your homework and in the end hope for the best......and hopefully your Mountain Dew doesn't run out before the snow melts. :) 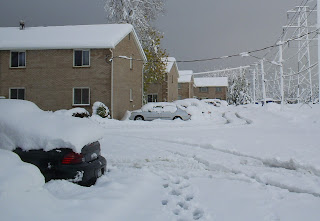 #2 - Just Because Something is on a Store Shelf,
Doesn't Mean You Can Buy It.

During that same trip to Target, I needed to purchase some toothpaste as Hubby and I had resorted to breaking into our travel sized tubes. I grabbed the brand that we are partial too, noticing that it came with coupons and a travel size bottle of mouthwash. I did not notice the fact that it was the only one like it on the shelf. When the cashier attempted to ring it up, nothing was found in the system which required her to ring for help. The manager who came, checked it out and on her return said to me:
"Yeah, I'm really sorry but this item is no longer in our inventory, I'm not sure how it ended up on the shelf, but honestly we can't even sell it to you."
And then she walked away......not even a "can I go get you a different one?" I told the cashier that this was a first. I've never been in a store where I was told that I couldn't buy something.....I love you Target, but that one really hurt.
PS I'm still using my travel sized toothpastes because of this..... :(

#3 People who live in NYC walk everywhere, because it's the only way to keep from gaining weight!

During my recent visit to NY, I threw the food restrictions out the window because....well.....hey I'm in NYC! The food choices were phenomenal. Just within a block from my friend's apartment were a Steakhouse, Thai Food, Pizza, and Italian. You name it and it was probably on that street. Our first night's dinner was Thai food and I had some of the best Pad Thai I've ever had (sorry I can't remember the name!). On Saturday we had yummy burgers at Shake Shack (it had been so long since I'd had one that I'd almost forgotten what they taste like!) We followed it up with hot chocolates made with Nutella. Yum.....
Thankfully we walked about 20 blocks of Central Park, all of 5th Avenue and a good portion of Soho that day. Dinner that night was AMAZING gourmet macaroni and cheese at Mac Bar (if you like Mac and cheese, you NEED to go here. ) You could have rolled me home when I was done. Instead we almost fell asleep on the subway home.....That night we did a lot of dancing and walking, which was followed up by amazing slices of pizza on the way home. Luckily,we walked to brunch on Sunday morning at Uptown Lounge and Restaurant. Between the mimosas and omelets, it was a good thing we walked both ways.
Needless to say, when I got home I seriously feared getting on the scale for my weekly weigh in. But I faced up to it (mainly because it was mocking me every time I walked into the room.) The verdict? About 1/2 a lb..... lost......WOW! Again, now I know why New Yorkers walk everywhere. 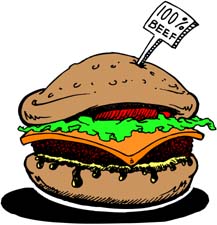 What did you learn this week???